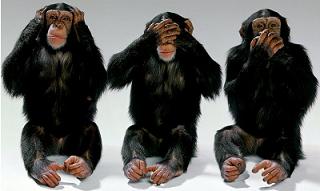 Misao dana:
When I was a boy I was told that anybody could become President; I’m beginning to believe it.

Misao dana:
I gather, young man, that you wish to be a Member of Parliament. The first lesson that you must learn is, when I call for statistics about the rate of infant mortality, what I want is proof that fewer babies died when I was Prime Minister than when anyone else was Prime Minister. That is a political statistic.

On May 25th 2007, Social Democratic Party – major opposition party walked out of Croatian parliament. They walked out because they were accused by interior minister mr. Ivica Kirin as authors of series of youtube video clips. This video clips are wildly popular and they

were seen (as of today) by more then 600.000 Croatian citizens (compared to 4.5 million of total population and 1 million internet users in Croatia). This clips generated hundreds of newspaper articles, they were subject of number of political TV and radio shows.

Summary about this (in english) you can read on my blog here: “Ivica Kirin, Croatian story“, read my report on BoingBoing, or see latest Reuters report, or Associated Press, International Herald Tribune.

Main reason why SDP walked out is not only because they were accused of creating this clips, but because interior minister claimed that he discovered this by “following the trail of (internet) servers”. This basically means that police were used in order to monitor and track people who upload satirical content on youtube (which is btw. renamed by our minister to “jubito” probably in attempt to rename YouTube to particular and extremly graphical curse which I do not intend to translate), and therefore this is serious violation of our citizen rights and potential clear abuse of power.

Our interior minister later on denied that he ever made this claim, regardless of two journalists who were present while he actually made the statement.

(It is to be said that what he described does not seem technicaly plausible, but nevertheless, person of his position should not allow himself to make such statements)

Today, new session of Croatian parliament started, and SDP representatives walked in wearing white t-shirts with stylized YouTube logo in sniper crosshairs, and they demanded interior minister resignation as well as formation of investigating comitee which will find out if there were abuse of power, and if not, why minister lied.

In the meantime, merely ten days after election of mr. Zoran Milanović as new SDP leader, videos featuring Zoran Milanović showed up on youtube as well. This videos are interchanging images from our Yugoslavian communistic past as well as his responses during TV interview where he mentioned few times “I do not know”, “I have no idea”.

Internet and specially video content is proving to be major tool in campaign for new parliament assembly due to be elected in November this year.

Videos mocking interior minister mr. Ivica Kirin can be seen on “bijesprvi” youtube channel. There is also a song about Ivica Kirin (with english subtitles).

Thought of the day:
‘They can ta’k our lives but they can never ta’k our freedom!’ Now there’s a battle cry not designed by a clear thinker…